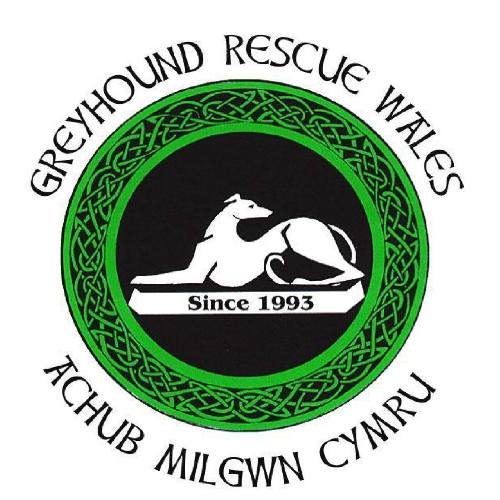 Rescuing the rescuers - easing the pane!
JR Pet Products Ltd come to the rescue of Greyhound Rescue Wales after a shop window was broken

Unfortunately in the evening of 29th May 2021 their shop in Neath had a window broken.
Thankfully nothing was taken but they were left with £1000 bill.
(windows are not always covered in business insurance). This left them with unsecure premises and a big bill.

Local supporters of the charity and other humans that heard what had happened rallied around to try to secure the premises.
They then had a bit of a whip around to try to help pay for the repairs. 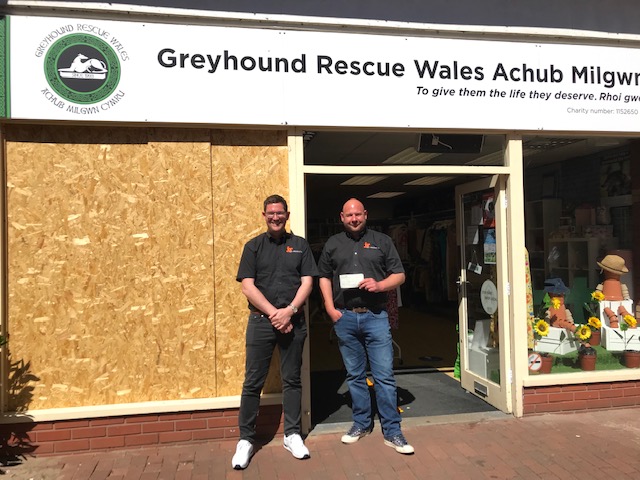 With everyone’s help GRW managed to quickly secure the premises, but were still short of their target to get the window and other damage fixed.

Meanwhile 40 miles away, pawsome heroes, Terry and Jonathan from JR Pet Products Ltd had seen the plea for help.
They jumped into the van and drove to the shop in Neath, where they handed over a cheque for £2000.

GRW Neath shop Manager Karen was overwhelmed by their kindness and had to sit down afterwards until it had all sunk in.

Thanks to the generosity of everyone that gave money to help repair the window, the window has been repaired, proper additional insurance that now covers windows has been purchased and best of all... CCTV has been installed, which should help deter any further damage.

About GRW:
Greyhound Rescue Wales began in 1993 with a small group of people trying to rescue Greyhounds and Lurchers in the Swansea area.

Over the next few years the organisation grew quickly and attracted support from many parts of Wales.
Greyhound Rescue Wales became a registered charity in 1996 when it covered the whole of Wales and is the longest established Greyhound charity in Wales and the only all Wales charity dedicated to rescuing and re-homing Greyhounds and Lurchers.
www.greyhoundrescuewales.co.uk

Originally they traded solely in wild bird foods before expanding into the natural dog treat market, which is now the business’s main sector.
www.jrpetproducts.com