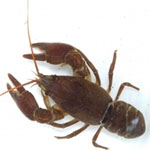 This disease is fatal amongst the rare, native white-clawed crayfish population that live and breed in North East waters.

It is carried by the invasive American signal crayfish and it is likely that these fungal spores have been transferred from another river or catchment which contains a population of American Signal crayfish.

Ecology officers took samples from the river in early August after 40 native white-clawed crayfish were found dead along a 700-metre stretch of river.

The Environment Agency is in the process of trying to prevent the spread of the disease.
They are also studying the river to see if any crayfish have survived. If some of the population has survived, they will start a study programme to monitor them over the coming years.

They are asking the public to keep out of the river for the remainder of August.
This is because plague spores can stay in the water, and on damp footwear and equipment, for up to 28 days.
If people, dogs and equipment do enter the water, or spend time around the bank sides, please make sure they are extra rigorous with their cleaning as the spores spread easily to other water bodies through muddy footwear, fishing gear and recreational equipment like canoes.
The Environment Agency are urging people to clean and dry footwear and equipment after spending time in and around watercourses. Anything that has contact with the water and riverbank needs to be cleaned thoroughly after use with warm water and environmentally friendly detergent. Then fully dried for 48 hours to make sure all parasites are killed.
The Crayfish Plague is only harmful to native white-clawed crayfish and can not be transmitted to humans or other animals.
More about crayfish:
White clawed crayfish are usually brown or olive in colour, have large claws that are cream or rosy white underneath, which is where they get their name from.
They grow to about 8 to 12 cm long and live for around 12 years.
They eat invertebrate, carrion and water plants.
They are eaten by herons, fish and otters.

Crayfish only live in clean mineral rich water, so are an important indicators of good quality water.

They are the only species native to the UK.
Other species of crayfish from other countries.
Since the 1970s there has been more than a 50% decline in the areas where white-claws live in England and Wales and they are still declining rapidly. 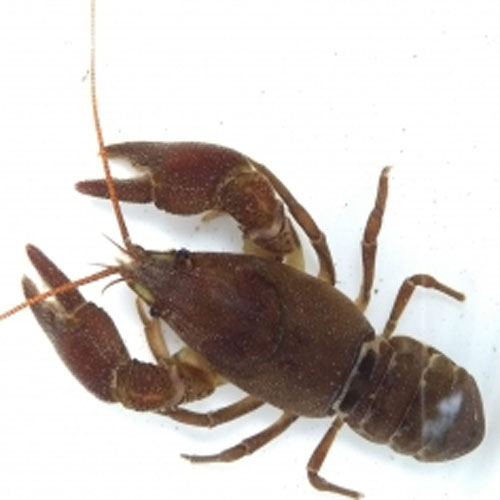