Wallabies in the UK

After seeing a video of a wallaby bouncing along a road on social media recently, so I did some researched to see if anyone had lost one.
I was really surprised at what I found.

There are documented colonies of wild red-necked wallabies around the United Kingdom.
Red-necked wallabies have been present in Britain for more than a century, originally being imported for zoos and private collections where they were popular attractions.

However they also proved to be adept escape artists that were adaptable enough to survive in the British countryside.

In Scotland, Inchconnachan, an island in Loch Lomond has a population of wallabies. Lady Arran Colquhoun introduced them in the 1920s.

In Staffordshire, a breeding colony established itself after breaking loose from a private zoo in Leek, Staffordshire in the 1930s.

Many were intentionally released during the second world war, as keepers and collectors had other priorities and possibly due to food rationing and shortages.
There are other colonies around the UK.
In the 1970’s it was thought that the escaped and wild born ones had hit their peak and there were no sightings for a number of years. It was generally thought they had died off due to cold climate.

In the mid 2000’s, perhaps coincidentally when social media was starting to have a bigger attraction in the UK, there were one or two sightings that appeared in local news, but no real increase of sightings. Although a few interested scientists were curious to discover if there were colonies still alive in the UK.

In 2009, newspapers reported wallaby sightings with pictures as proof.<b
r/> Other wallaby colonies exist in the UK, including reliable reports around Lincolnshire, London, Norfolk, Scotland and Sussex.

Wild wallabies continue to be recorded across Britain though, with the occasional sighting in a garden, country lane, or along a motorway making local and sometimes national news.

Surprisingly, apart from the occasional news article no one seems to be able to spot them, or if they do, they are not making it public.

It may be due to wallabies being very small and very similar to rabbits from a distance.

Here is a brief description of each:

Rabbits:
Rabbits are grey/brown and grow to around 8 to 20 inches high/long (depending if they are lying down or sitting up).
The Males are called Bucks and the females are called Does and the young are called Kits.

Rabbits usually live around 8 to 12 years. They can leap 3 metres forward from a stationary position.

Rabbits live in underground holes that have many entrances and exits called burrows.

They live in groups which are called fluffles, but most humans call them colonies. 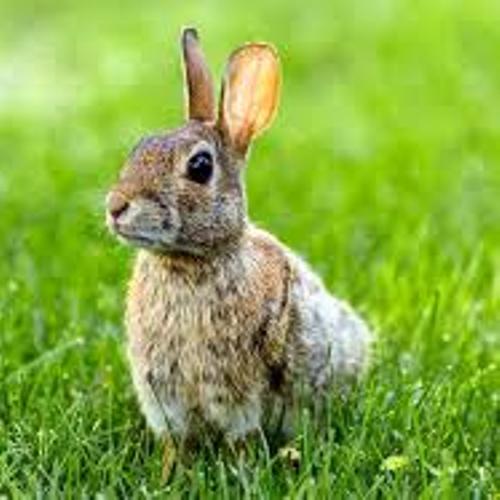 Hares:
Hares are Grey/brown and grow to around 12 to 24 inches high/long. Hares usually live around 4 years.

Hares live in nests they make in fields from the log grass that they shape around themselves. They make a new form every night, or if disturbed they can move and make another one. It is called a form.

Hares tend to live alone but if there was a gathering it would be called a drove. 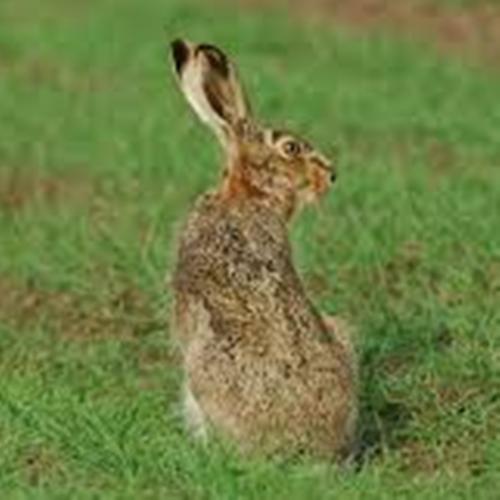 Wallabies usually live around 9 years. They can leap forward 8 metres from a stationary position.

Wallabies live in groups, it would be called a mob, court or troupe. 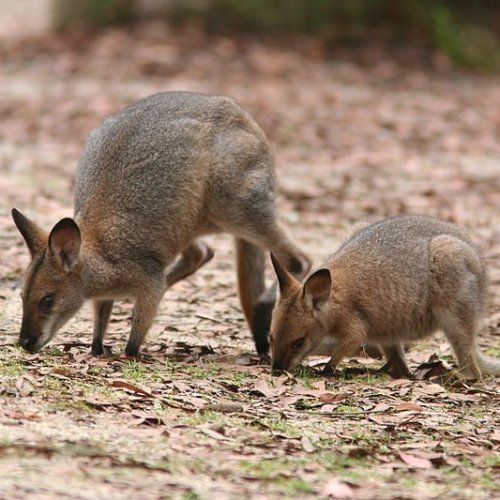 I have included some pictures for you to see the difference, but let’s face it, if you saw a couple of small grey/brown animals in the distance that were near to a hedgerow that had long ears and could sit on their back legs and ‘sit up’ to get a better look at their surroundings, you would just assume it was a rabbit.

Rabbits, hares and wallabies have a healthy fear of humans so getting a clear look at one is very rare. In face most humans have only ever had a rare glimpse of a rabbit while driving through country roads.
..or was it a hare or a wallaby?

There have been more sightings in late summer. Is that because the wallaby is more active or is it due to humans being more active because of the better weather?

Scientists have been playing spot the wallaby for a number of years. To date they have established they are out there and have some general roundabout idea of what area could hold a mob of them, but that is as specific as they can get when dealing with these elusive animals.

Scientists want to discover if they are affecting their surrounding environment.
Although as their main food source is similar to rabbits and hares, I am not sure how they will establish any impact.

Scientists want to also establish if wallabies carry any diseases.
They can speculate, but until they know for sure, they are just guessing.

Personally, if they have been living and surviving in the wild for over 100 years and only a pawful of humans have spotted them in all of that that time, I say carry on hopping pals !