Rainbow In The Sand

This was to be an article about the  #GreatNorthTweetUp in Bamburgh, but more of that later.

The #GreatNorthTweetUp was formed when @BertieRace mentioned to @PottsAndPlum that there were never any Great Greyhound Gatherings(GGG) up in the North East of England and wouldn’t it be great to go to a TweetUp and meet some of their Twitter furpals.  While discussing this @PottsAndPlum suggested arranging one for the following Spring.
After tweeting a few more furpals @PottsAndPlum, @RoscoPGreyhound and @Ember_chops booked a cottage for the early May bank holiday weekend and via Twitter invited any other furpals that wanted to come to the TweetUp too.

So in Spring 2016 the very first #GreatNorthTweetUp took place.

It was a cold and misty day and they could only just make out the shape of Bamburgh Castle. 17 hounds and their humans met up. The #GreatNorthTweetup started by supporting the awareness raising day, 7th May 2016 which took place nationally, of the cruelty and abuse greyhounds suffer in the racing industry.

Everyone then took their humans for a nice walk and play on the beach. After the walk on the beach everyone headed towards The Copper Kettle Tearooms for refreshments. The hounds were very welcome but only well behaved humans were allowed inside.
Everyone that turned up all agreed it was a great success and it should be made into an annual event. Some even booked their accommodation for the following year before they left.
After the event there was a flurry of tweets asking about the 2017 #GreatNorthTweetUp, all of the hounds that had attended the 2016 event were intending to be there again and there were many other hounds that wanted to be there. Many booked accommodation for the weekend, some even for the whole week to have time to enjoy the Northumberland coast.

At the 2017 #GreatNorthTweetUp 64 hounds and their humans arrived at the meeting point. The sun was out for the most part but it was a pawsome sight to see. Humans not aware of the event were stopping the hounds and their humans to ask what was happening as they were not used to seeing so many hounds out together.
The event started as it had last year with the awareness of cruelty and abuse of greyhounds in the racing industry, followed by a nice long walk and play along the sand. It finished again at The Copper Kettle Tearoom where the small gifts everyone had been asked to bring were drawn in a raffle (like a secret santa).  Every one of the hounds got to pick their own gift which caused a great amount of laughting from the humans. 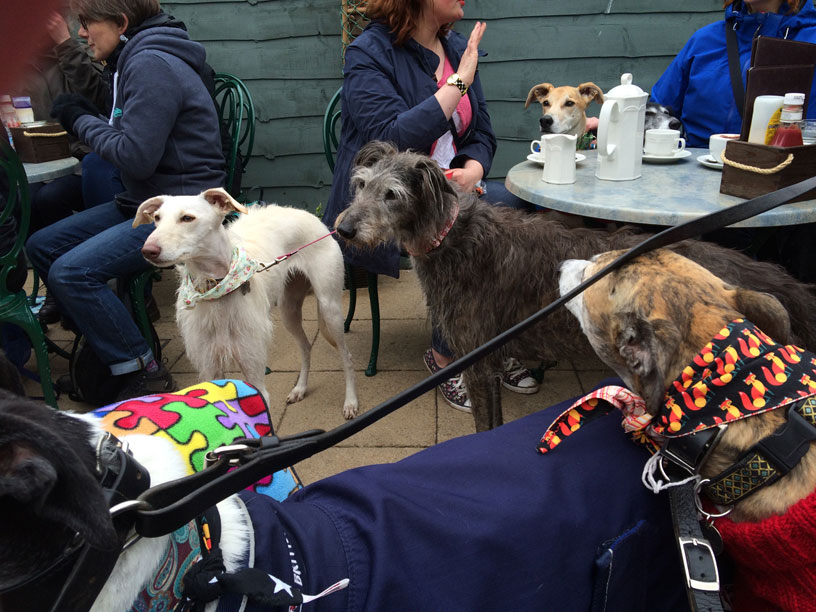 It was a great day and organisiation of the #GreatNorthTweetUp  in 2018 has already started. Once again many hounds had booked a week’s accommodation for next year before they left. Springhill Farm has reported they are fully booked already. Some have booked cottages, wigwams and some are going to the campsite. So this looks like a definite event to put in your calendar.


Back to the reason for the change of the article title.
Poppet, a good friend and furpal to the organisers was at the TweetUp. Now Poppet had not had the best start in life but had definitely spent the last 18 months of her short 5 years in the lap of luxury with her fur-siblings Katie and Graham and human family. Enjoying her daily adventures and plenty of treats.

On the day Poppet enjoyed meeting everyone and walking along the beach.
While walking along the beach, beside the water’s edge enjoying the beautiful beach and the view of Bamburgh Castle surrounded by friends, Poppet decided that this was her perfect moment and she quickly, quietly, and painlessly crossed the rainbow bridge.

With kind permission from Poppet’s humans and @BertieRace, one of the organisers, the #GreatNorthTweetUp in 2017 has been dedicated to the memory of Poppet.
Run free sweet Poppet over the rainbow bridge 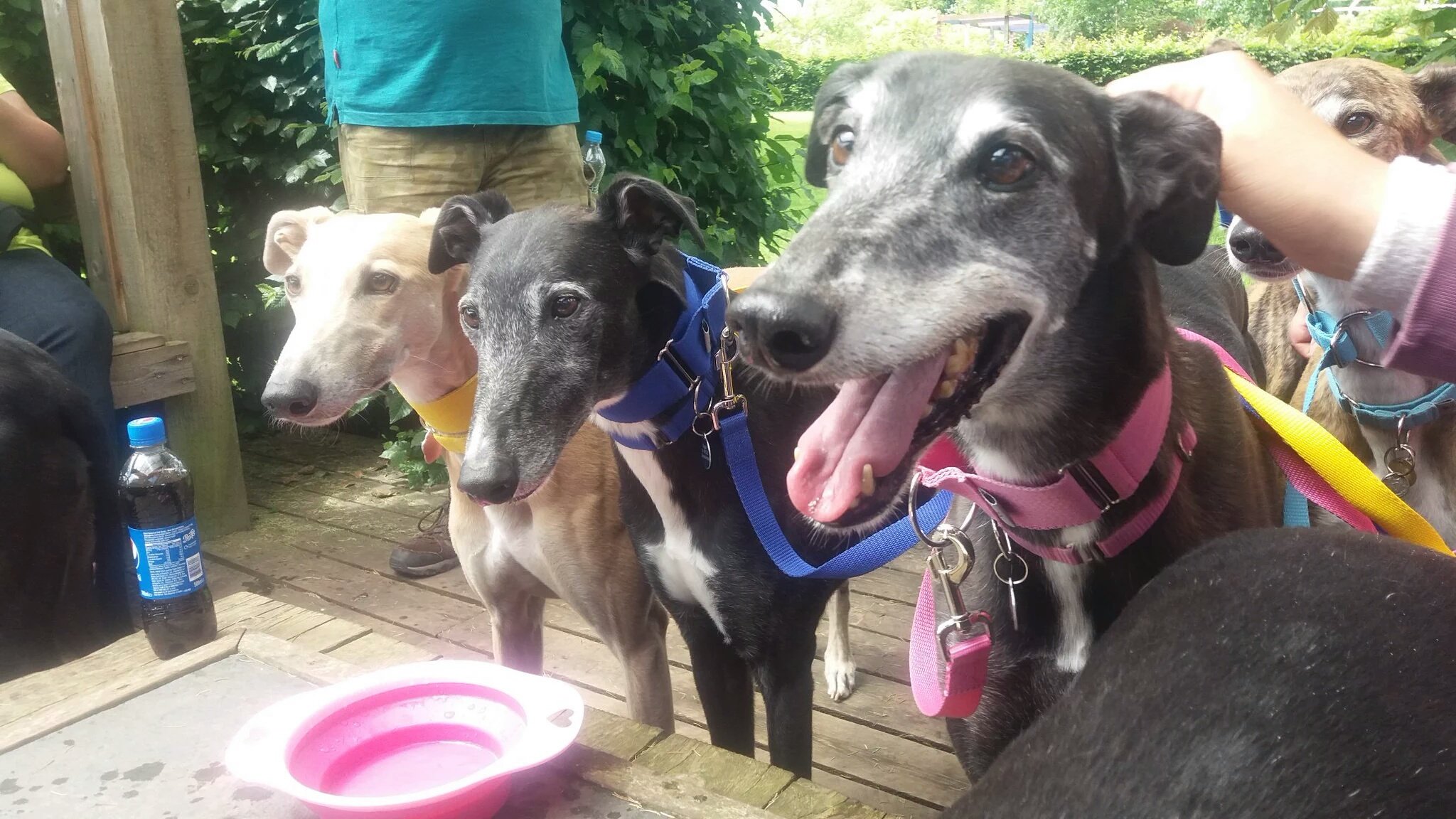