Had a pawsome Christmas pawty with some of my furpals.
We went to The Keel Row where we were expecting to be allowed in with our humans.
I was so wrong...

They not only allowed us in but welcomed us warmly and blocked off a whole area of the lounge so we could be off lead without being disturbed by other customers.
Bowls of water and treats quickly appeared and some staff came in for cuddles.

We had a greyt time and helped our humans finish off their meals.
Also during the compulsory photo shoot the humans seem to require we made sure we kept moving around and making it as difficult as possible.
Lets face it, trying to photograph 9 houndies is not an easy task BOL! 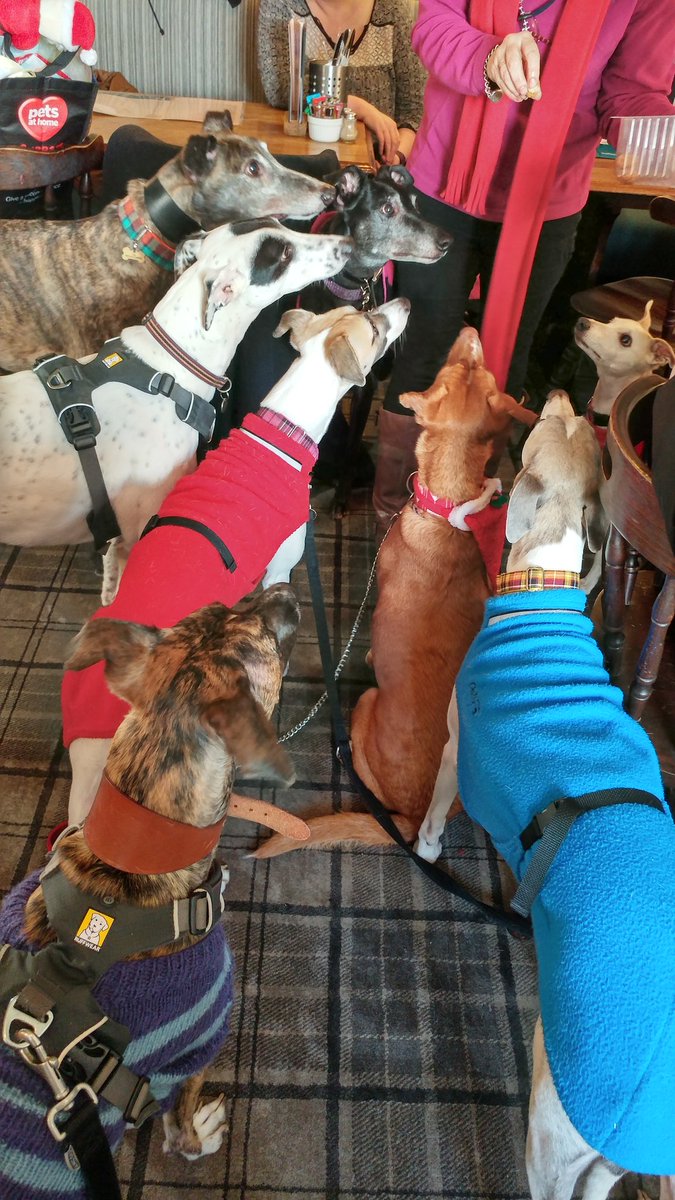