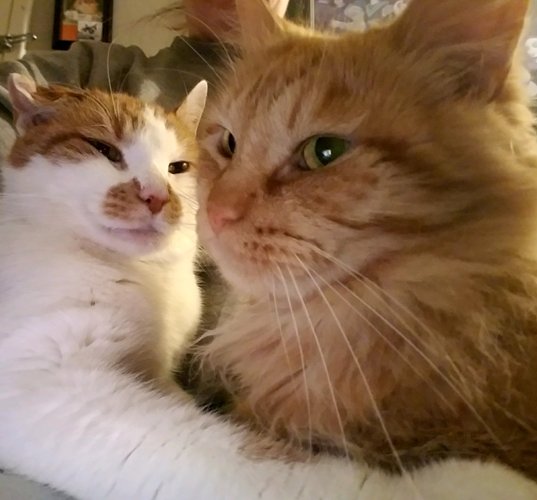 Hi furriends!
We hope everypawdys new year has been going ok so far.

Ours has been ok. We have had some of that white stuff falling from the sky.

Oh, snow….that’s what it’s called. We probably forgot because we don’t like it. If we can’t eat it, then forget about it (we don’t care).
We have noticed Momma being extra nice to those squirrelies that are in the tree in the yard. At first we thought she was gaining their trust and fattening them up to bring them inside for us to eat….ummm, we mean play with.

Apparently not!
She has some nerve!

Where does she get off being friends with squirrelies if she’s not going to introduce us?!?!

She’s been spending money on peanuts for those tree dwelling furry tailed rodents!
She should be spending her hard earned money on us (like we thought she was).
We seriously thought she was going to bring them in to play with us because one day one of them came up on the porch acting like he wanted inside. He probably would have come in if she hadn’t told him to “get away from the door”. What is that all about??

What is with these humans?? You think you know someone, and then they betray you like this! We need to figure this out….
Til Next Month,
Yoda & CheezIt
(and the others)