Hello All,
I am now ten months old and getting bigger and stronger. I have been a busy pup since my last canine column. Of the six pups on the programme I am by far the biggest, I am even bigger than dogs who are six months older than me. Stew says I am becoming a handful. I am at the ‘teenager’ age now – I sometimes don’t do as I am told – Stew soon puts me straight!

My training is getting more serious, we are concentrating more on criminal work – I really enjoy this! Stew says when I attend my training sessions I have become more purposeful and driven.

I mentioned in my last article about having an invite to the Devon County Show as part of the Devon and Cornwall Police Dog demonstration. I took part on the first day of the show. I was to do the agility course. Stew wanted me to do the ‘bite’ on the sleeve, but the canine development officer said another pup should have the chance – I was disappointed! Before going to the show we all gathered at the Devon and Cornwall Police Headquarters, I had a quick run around to stretch my legs. This was followed by a briefing by the chief canine instructor about our part in the event. I was with two older pups, they are three months older than me, plus three operational Police Dogs, one of which was a spaniel who is a specialist dog trained in searching for drugs, money and firearms, as people who deal in narcotics tend to have all three! We left the HQ and travelled in convoy to the show ground. I was getting really excited!

When we arrived at the showground we had a special taped off Police area. We had to do two demonstrations, one in the morning and one in the afternoon. We did basic obedience commands, sit, down and stay. 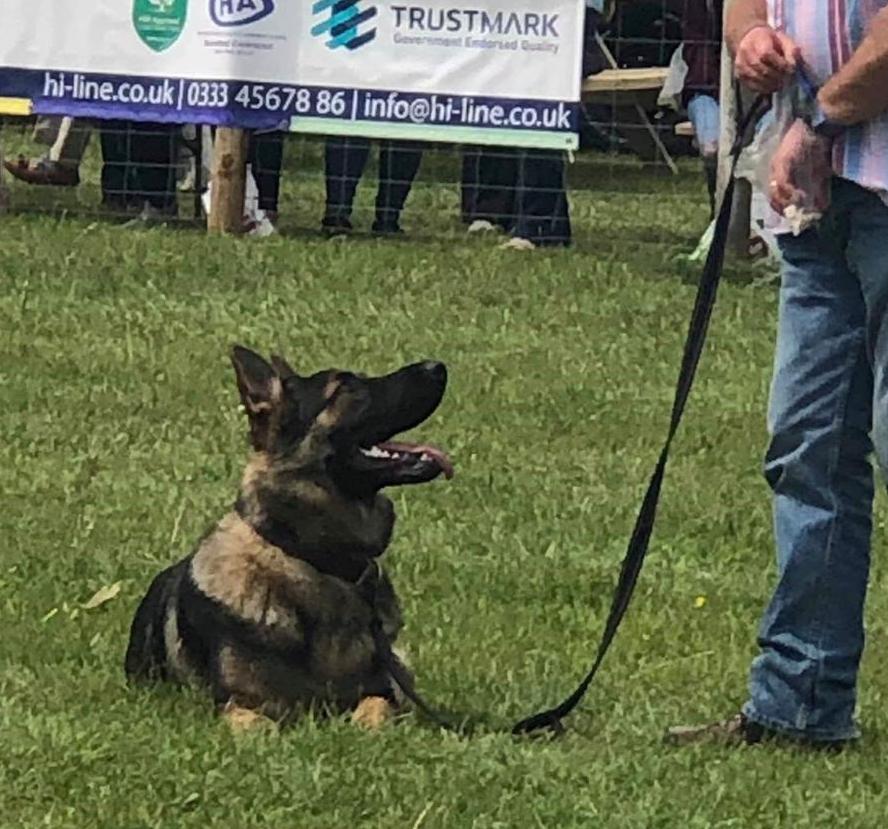 After this I did my demonstration, this involved going over an ‘A’ frame obstacle followed by going through a tunnel with some encouragement from Alison. 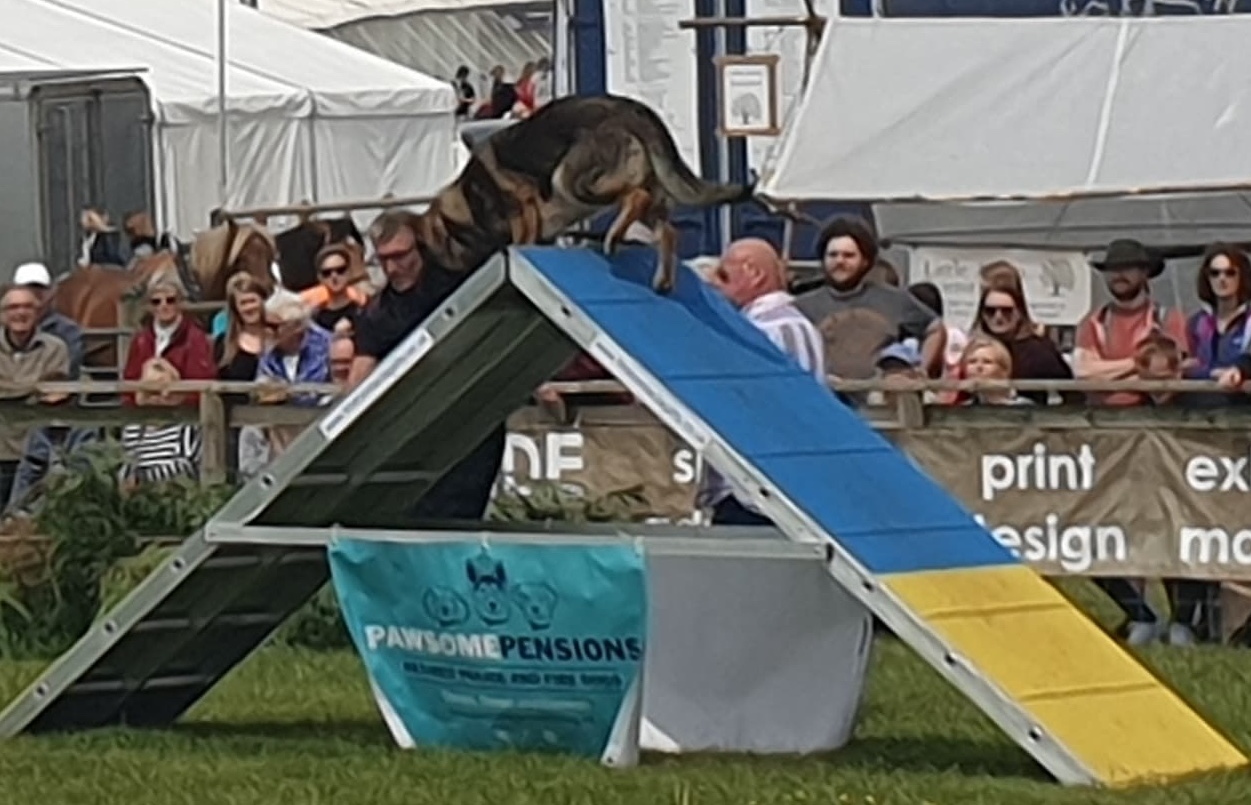 Prior to the display the chief canine instructor explained to the spectators that we are not a demonstration team as such, and all the adult dogs involved were operational Police dogs, and none of us had practised our routines, also the pups may get distracted by the crowds.

Fortunately I wasn’t, I remained focused on what I had to do, well sort of – when I saw the ‘bite sleeve’ come out I wanted to get back into the arena! I was a bit naughty, when we were waiting to do our demo, an older pup had the sleeve in his mouth – I took it off him – they had trouble getting it back!

It was a long, hot day for us pups, as between demonstrations we undertook environmental training by walking round the noisy fairground rides, walking through crowds of people and meeting various types of animals. 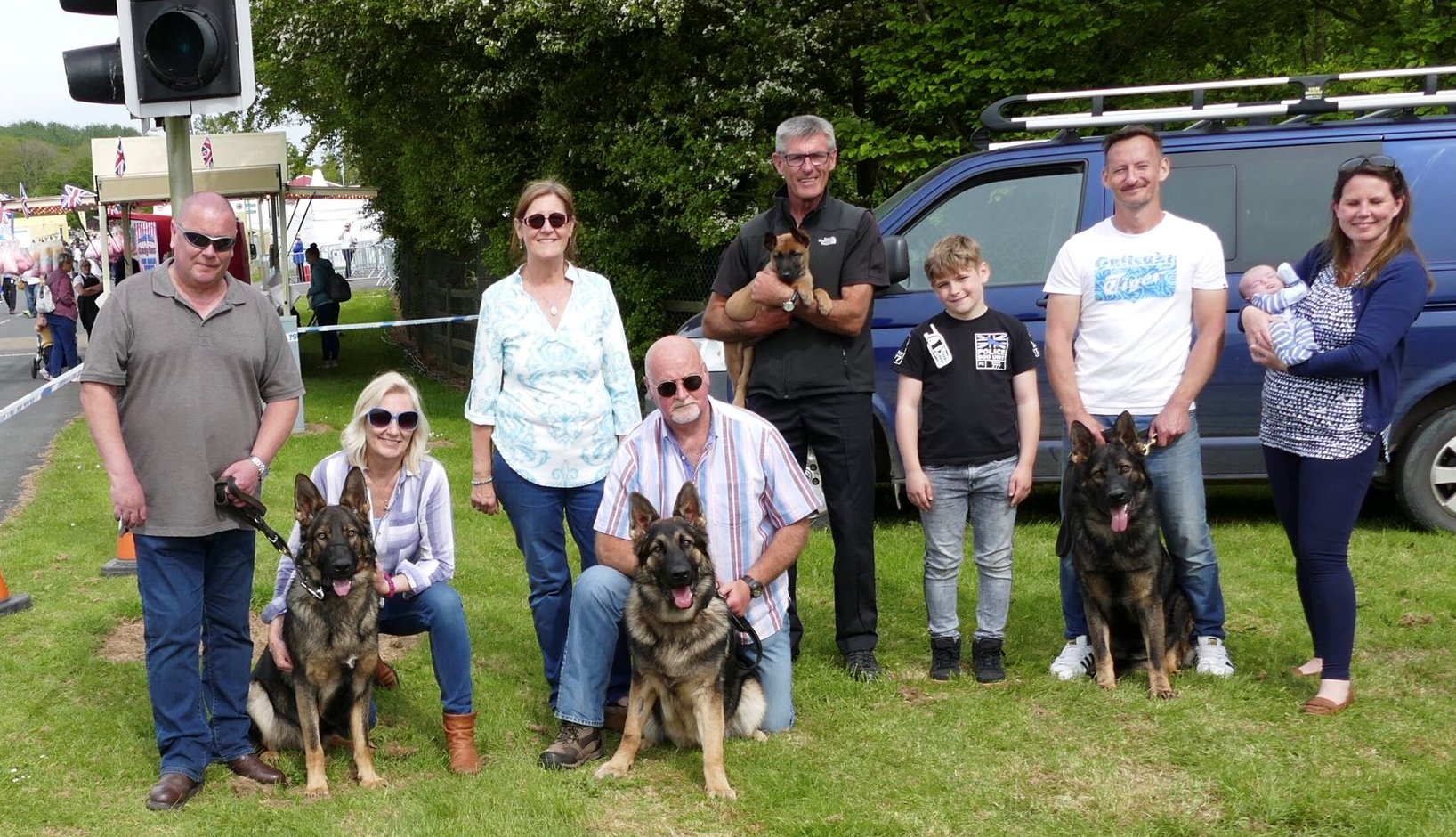 The pups involved were; Nero, Jay and Nico. Sadly, I have just found out that Nero has failed his hip test as has his sister Nicky (my cousins), both dogs have been removed from the programme and will have to be re-homed. I am okay as I had my hips checked recently.

Alison has been planting lots of lovely flowers in the garden, here I am contemplating which ones to pull out first! 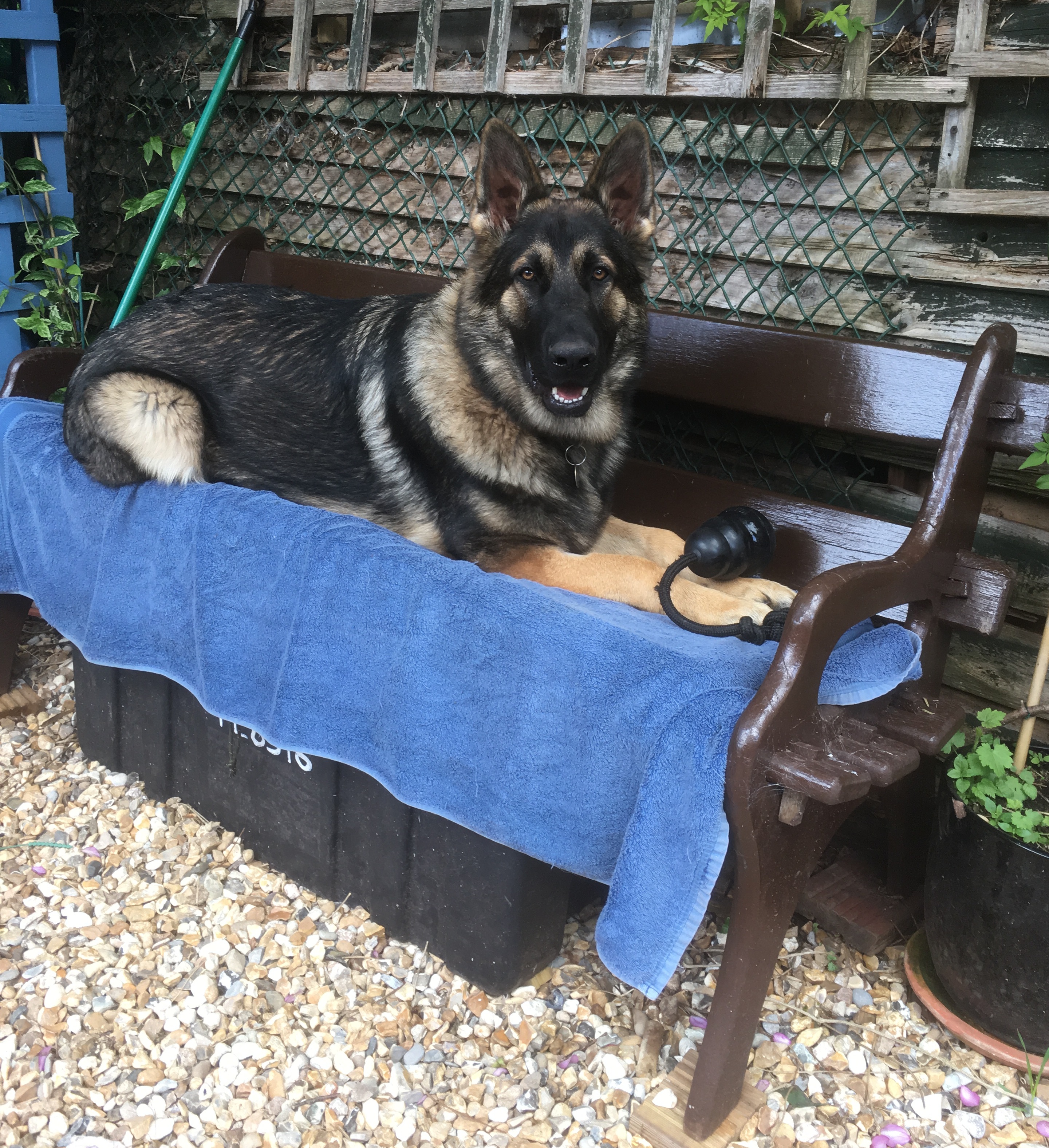