Hello all,
I am now eleven months old, I am still getting bigger – Stew hopes not too much bigger! When I was last weighed I was 45.6 kgs. I have had lots of adventures since my last canine column – I hope you enjoy reading about them.

My training is progressing well. All of the pups on my intake had an assessment at Exeter race course, to see how we were developing. It was a lighted hearted competition to asses our training so far, it also helps the canine development officer identify any training needs that we may have. The assessment consisted of seven tests; tracking, retrieve a toy, releasing a toy on command, recall to handler, down and stay, barking at a person, and my favourite, chasing and detaining a criminal – the canine development officer said, ‘TPD Jay was particularly impressive on his chase and attack’. Overall I scored very highly – I don’t need any help in my training – Alison and Stew were very proud of me. 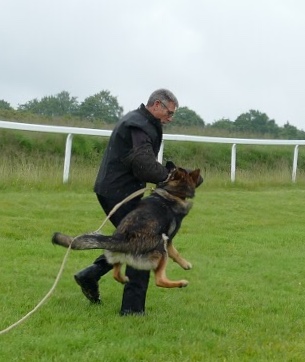 Alison and Stew took me away for a weekend, we went to Exmoor. We stayed at a dog friendly hotel – the Bark House Hotel, Oakfordbridge. The owners were very friendly, the hotel cat wasn’t – more on that later! We visited Dunster beach which is dog friendly, it was great as I love swimming in the sea, I had a really good time there – shame we had to leave. 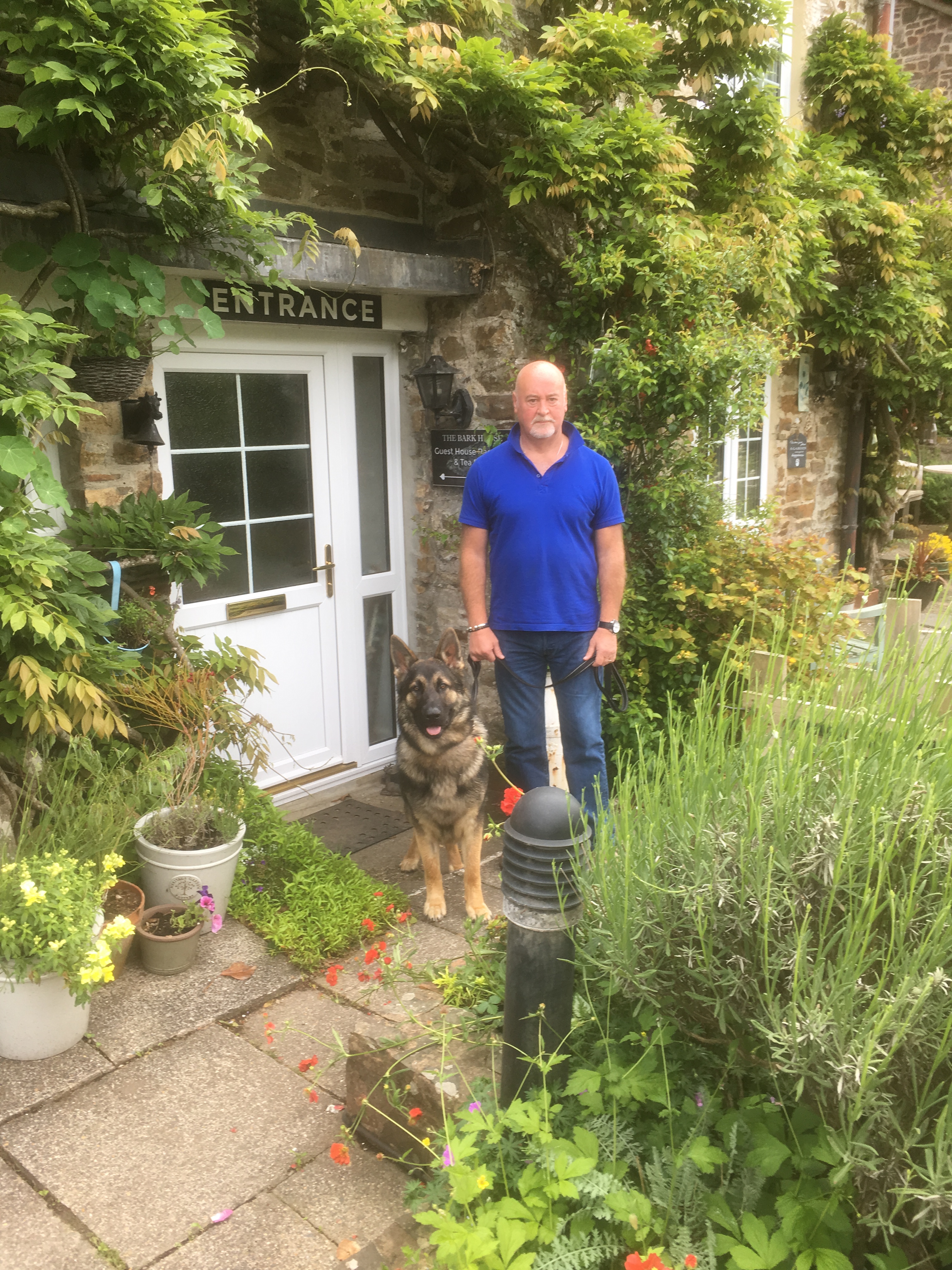 We went on to Exmoor. I had a good run round and saw lots of Exmoor ponies. Alison and Stew said we were lucky with the weather – it was nice and sunny. After my run round we were heading back to the car to go back to the hotel, about ten metres from the car I found a nice pile of ‘slurry’. Yes I had a lovely roll in it – just the thing after a good day out. Stew said I was caked in slurry and I stank to high heaven! Alison and Stew tried washing me off with bottles of water – no, it didn’t work. So, out came the map to find a river! Off we went in the car with all the windows open. 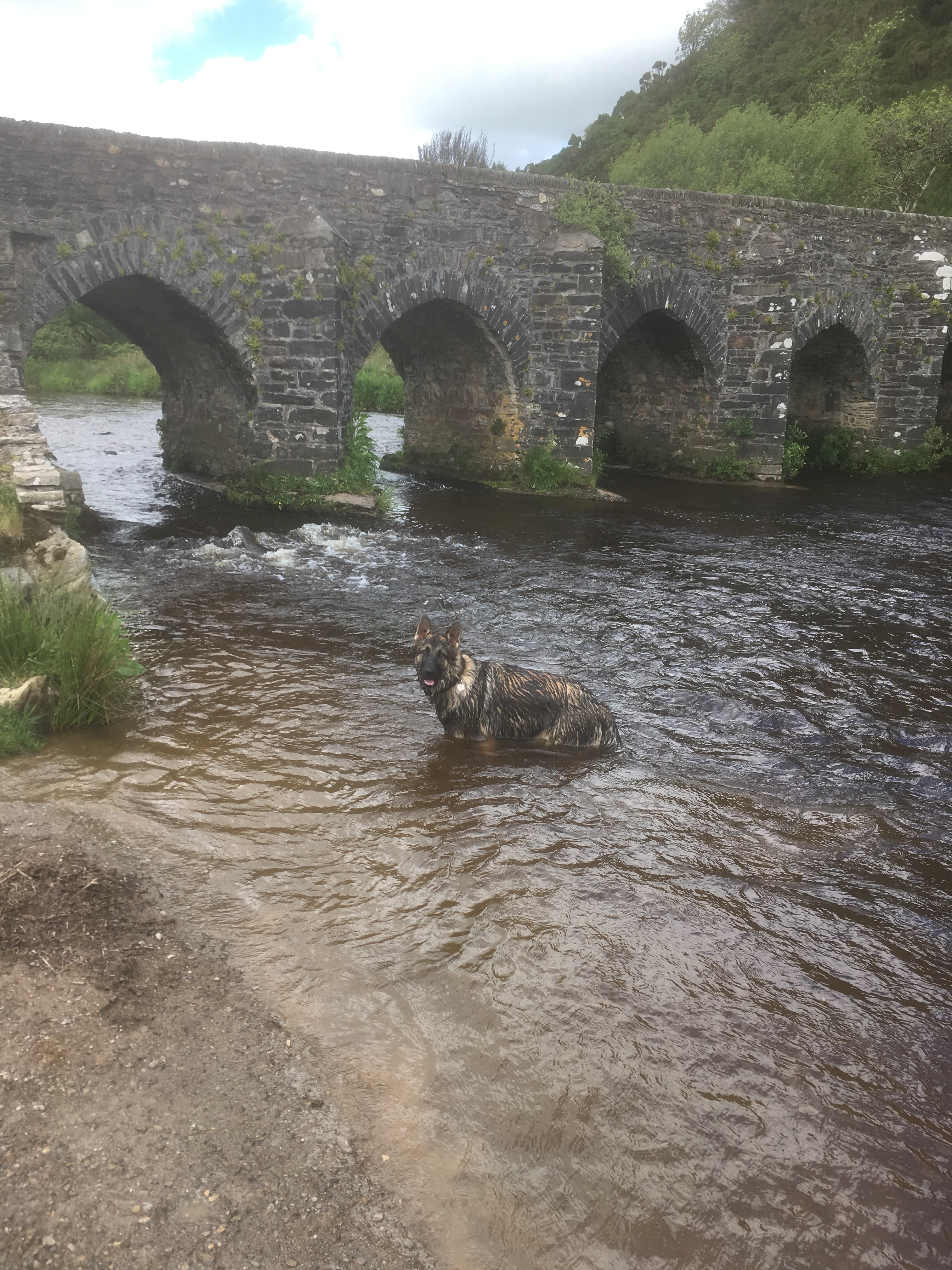 Here I am after paddling in the River Barle, the bridge in the background is Landacre Bridge, the oldest bridge on Exmoor. After my swim I smelt a bit better, however a quick spray of Stew’s Lynx helped with the stench!

The Bark House Hotel has some fields opposite which are really good for walking and charging about. More about the hotel cat – it was smaller than my head! She was very fierce! Stew was taking me into the hotel and when we got to the entrance the cat was there – I like cats. The cat puffed herself up and when I went towards her – my tail was wagging – she whacked me on the nose with her claws – I didn’t half let out a yelp and got away from her!

That evening at dinner another couple were asking Alison and Stew about me. Stew said he would bring me into the lounge for them to meet me. When we entered the lounge – yes you guessed it, my nemesis was there! The cat was on the sofa. When she saw me she again puffed up and got off the sofa and made her way steadily towards me – she then launched herself at me – I ran out of the lounge at a rate of knots yelping, followed closely by Stew! I nearly pulled his arm out of its socket. Everyone but me thought it was hilarious!


Alison and Stew had a BBQ for some friends recently – I thought I’d better bag myself a seat – ‘So where is everyone else sitting, oh! Stew make my burger rare!’. 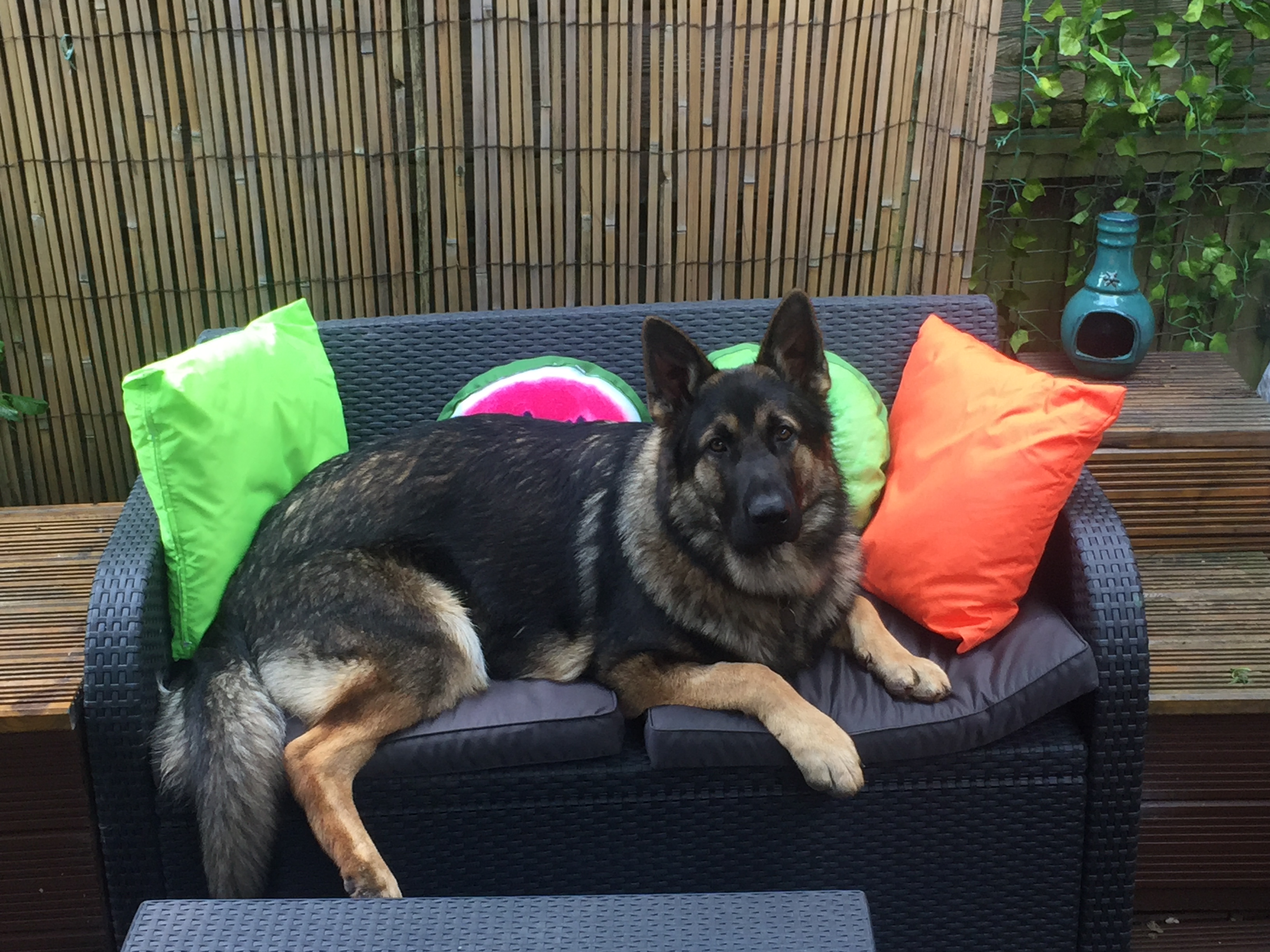