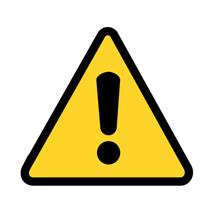 Bluetongue has been discovered in Cattle imported from France

Bluetongue virus is transmitted by midges and affects cows, goats, sheep and other camelids such as llamas. It can reduce milk yield, cause sickness, reduce reproductive performance or, in the most severe cases, cause death of infected animals.
Bluetongue does not pose a threat to human health or food safety.

Bluetongue has been successfully picked up in a number of cattle imported from France through the UK's robust post-import testing regime.

A total of 32 animals came from France, in an area where multiple cases of bluetongue have been confirmed since September this year.

Strict rules on the movement of livestock from regions affected by bluetongue are already in place. Farmers are reminded that animals from these regions must be accompanied by the relevant paperwork to clearly show they meet certain conditions designed to reduce disease risk, such as correct vaccination.

The UK remains bluetongue-free since 2011 and exports are not affected.