A mini local history lesson for you this month pals.

There I was, bimbling along Seaford beach towards
Newhaven harbour and I found some ruins. Lots of walls and bricks in squares.
Being an inquisitive, and intellectual, type of hound I explored further and read the signs doted around.
I'd inadvertently discovered Tide Mills, a derelict village. Pals who like castles and old abbeys would appreciate
running in between the bricks I can tell you!

Built in the 1760s Tide Mills was, as the name would suggest, a tidal mill producing wheat. It was once very profitable, with a village for it's 60 workers surrounding the 3 storey mill and windmill. A lot of the footprints of these building are left.

The community was thriving for many years and it even had a railway station, now it's all rather sad. The mill stopped in 1900 and the last residents, apparently, forcibly removed in 1939. Seeing photos of the cute cottages, I find this such a shame. Following the villages demise it was used to house Canadian troops in the war and is now ruins. Now only ramblers and dog walkers grace it's paths.

Well, in respect to all previous residents, I sniffed every brick in the site and sat in the middle pondering the dogs that must have lived there. It was a truly exciting and mindful find on a walk. It's funny how you come across these things even when you've lived in the area for years!

So on my future walks I shall also look out for bricks and signs just in case..... you just never know. 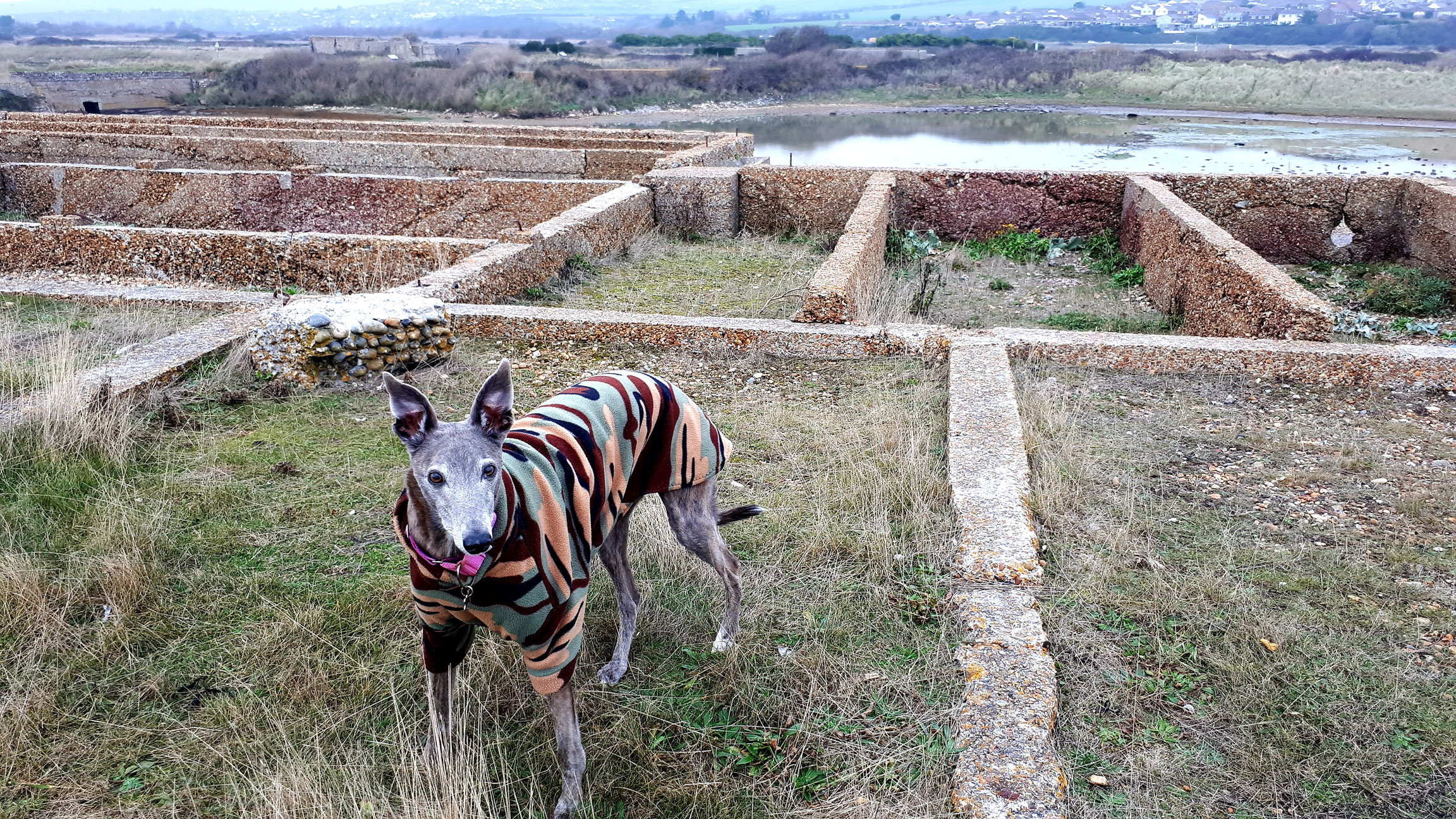 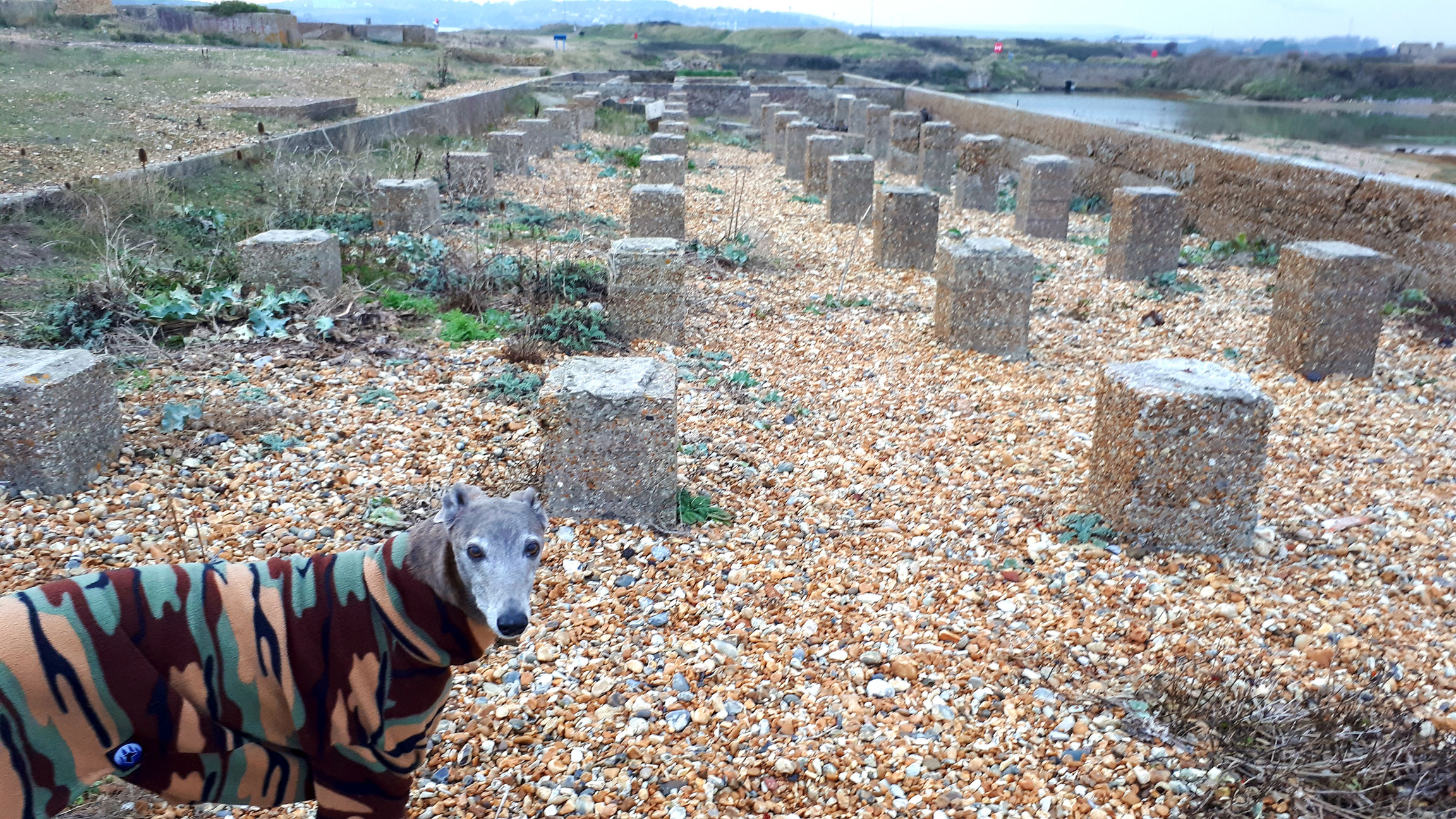