So after five months on the road I requested a totally dog based activity, well it is my travel adventure too Tigger!
Being an altruistic kind of hound I suggested spending a week or so volunteering at a dog rescue centre. Years back I was in one myself and remember the long (not really, four months) wait for my furever home. I thought it would be nice to cheer those up still waiting.

So off we toddled to Shrewsbury to some dogs in the care of the Finding Furever Homes charity, a small but hard working team that Elaine knew. We were assigned to a block of twenty kennels, some housing two dogs, to socialise, entertain and exercise. The lady called the kennels 'bedrooms' which rather liked.

Every day we took a lead and worked along the kennels, some dogs I played with, some left alone to sniff. I loved it Tigger, despite being homeless all the dogs were jolly and friendly. Only one was painfully sad but he was new and had been badly treated. I told him it would all be ok.

Most days new unwanted dogs came in, including an adorable puppy which herself couldn't stop cuddling. Most days no one came to adopt a dog but I know kind folk do visit. Some dogs are rehomed quickly, some take over a year but you know what Tigger, all are loved in the meantime.

It was an emotional but hugely enjoyable seven days. We laughed a lot and played a lot. More amazingly herself hasn't filled the motorhome with dogs ... sure it will happen sometime!

Until next time when the humans take over the travel reigns again, 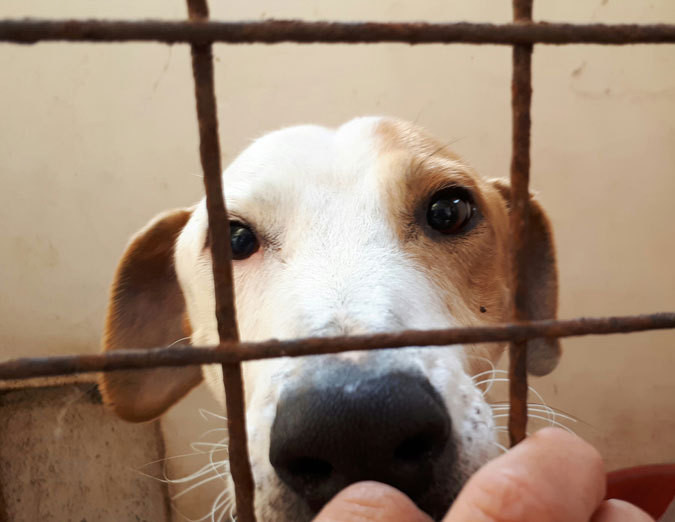