Skye Tails make delicious, wholesome, handmade dog treats in Staffin on the Isle of Skye. All treats are baked to order and come in a variety of pawsome flavours such as Honey, Peanut Crunch, Vegetable and Gingerbread, as well as meaty ones such as Chicken, Beef and Lamb.

They also do a giant dog treat which can be personalised with a message or dog’s name. These make pawsome gifts.
I ordered some for my friends Fred and Tess last Christmas and then again for Fred’s Gotcha Day earlier this year. 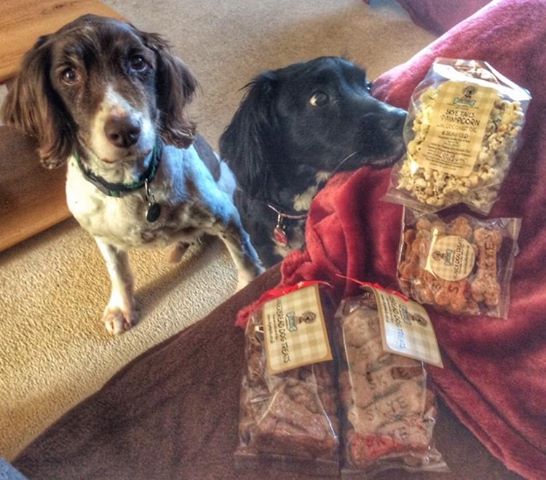 My friends Fred and Tess

I first came across Skye Tails about a year ago on the Book of Faces and I begged mum and dad to order some treats for me, which thankfully they did, and when they arrived I was not disappointed. But what amazed me before even trying one, was my very own name ‘Skye’ had been written on every treat, although mum did point out that it was in fact the name of the business and had nothing, whatsoever, to do with me and that it was just pure coincidence. Hrrumpf!!!
Unfortunately that meant the treats were not all for me and I had to share them with my now late brother Monty, but worse still, my dad would pinch one or two for himself. Even so, they were truly scrumptious and mum and dad now make sure me and my new brother Sparky have a constant supply in.

Sparky (who’s been with us for six months) had his 10th birthday recently - we wanted to do something special such as a birthday cake for such an impawtent occasion.
Unfortunately mum is the worst cake baker in Scotland so I took matters into my own paws and messaged Barbara at Skye Tails and asked her would she bake a birthday cake? I was delighted when she said yes and even more delighted when it arrived, and what a cake it was. It was made with bananas and peanut butter with a carob filling and icing, then topped with a giant heart-shaped biscuit with Sparky’s name and birthday message on it - it was just pawfect and Sparky was thrilled to bits. He even managed to snaffle some when mum was taking photos, BOL! 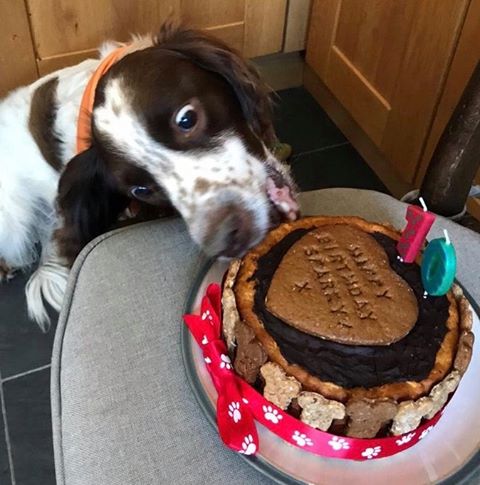 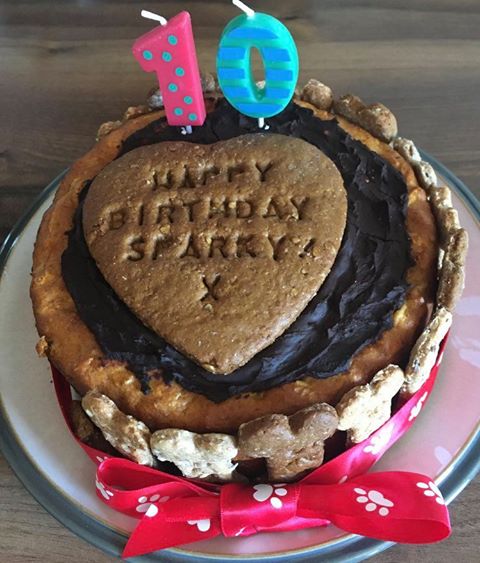 When I finally got to try some it tasted even better than it looked - pawsitively yummy. Sparky and I spent the rest of the morning sitting and staring at the fridge waiting in vain for another slice (we were disappointingly allowed only one slice a day) and we’d do that everyday until the cake was finished. As expected, the temptation was too much for dad and I had to put my paws down by allowing him only two small slices, BOL! 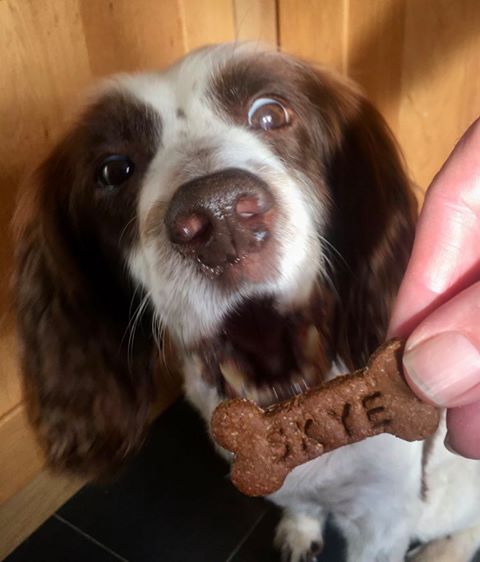 It is my 12th birthday and 2nd Gotcha Day soon so paws crossed mum and dad will read this repawt and order me a cake or two (or three or four), BOL! 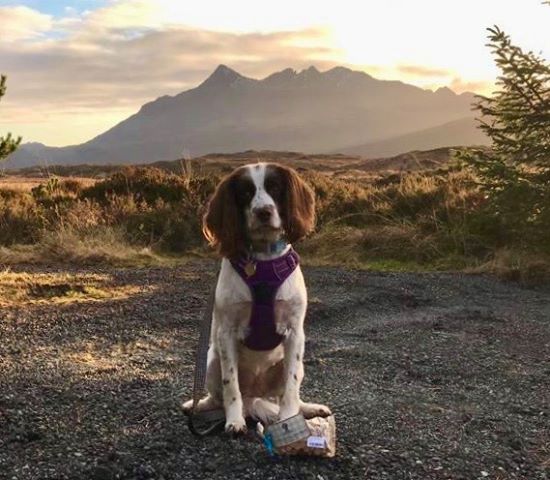 Sky on Skye with her Sky Tails Treats