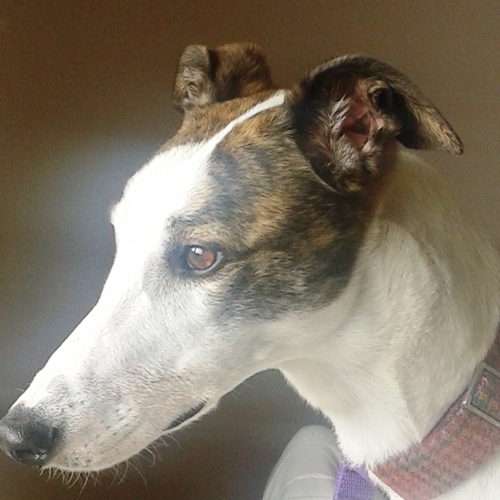 I am takings applications for a nu muvva after the shocking behaviour off mine in the recent weeks, SHE FORGOT MY BURFDAY, yep, you read that rite, my OWN MUVVA forgot ma berry own burfday!!!! How rood is dat? I wouldn’t mind but Anti Joolie and Anti Vera both messaged her that morning wishing my good self a happy burfday and she didn’t eben realise!!! It’s snot eberyday you turns 12, I bet she’ll remember TWC’s burfday in December……

On the plus point I gots a hansum nu colla all the way from Veraland!!!!!! I fink she was feeling guilty about forgetting my hansum brindle self.

Is anyone else looking forward to Autumn? Not only is it a change of season wevver wise its also a furshion season change.

Muvva’s old greyhound used to love walks after a crisp frost and play stampy stampy on the frozen leaves, he also used to play with the automatic doors of the local soopermarket.

I have noticed a definite nip in the air on my morning tour of the village, being a hound that runs warm, I don’t feel the cold as much as TWC does, he’s a Summer Hound all the way

Muvva does sumtimes redeem herself and as the nights are drawing in faster than an Whippet with ADHD, once it starts to get a bits cool around 5pm ish, she will light our log burner so by times we’ve been out for our evening walk, the house is nice and warm, and I do haffs a small confession to make, I was on the IBone pawtiming my mate McKenzie the other night and I had a full chiki belly, the house was warm and I was comfy and I “may” of fallen a bow bees while talking to her, she promises that she didn’t takes any piktures but I know the puparazzi are always chasing fur piktures of meself

I was looking through my old copies of Dogue, Hound and Town and Country Hound and I have noticed that a lot of autumn trends are very…. Orangey, browny, greeny colours but I finks dat we should liven it up a bit and celebrate all that is bright and bold, now I luffs a bit of Tweed as the next hound but it should be reserved for the weekly Hounds of the Countryside Meetings, tis a berry exclusive club for retired athletes whether you was a sprinter, chaser, or used to point at fings, I like fings…. Specially fings dat move….

In Autumn you can never guarantees the weather, you can have all 28 billion seasons in one day so at this time of year we need to be lookings at practical and hard wearing furshion that covers you for everything, I, for one has a berry stylish lite raincoat absolutely perfect for the light showers but is roomie enough to fit a light jumpie on underneath to ward off sudden cold snaps which make your toesies dance and your bum jig.

Wiv TWC beings a bit of a wimp he likes to go out prepared and he has a FABULOUS double fleecey coat that has foxies on it, As he be black, his coat is a creemy colour, I have ones too but in blue and I only wears it when it be rreeaallyy colds as I gets too warms den I whinge like a toddler that has been told no according to muvva, I is just expressing my discomfort and I is a berry vocal hound.

Me own hamsumness is still gracing The Village with just a lite teee shirt on, tis long enough to proteck ma joints but short enough fur me not to pee on it which, boys, we all know is a problem with coats.

When yoo are out with yoor humums and dads in da evening and it bees getting darks, make sure you are all wearing plenty of high viz on, and when I say plenty I mean yoo can be seen from the Moon, Our parents do panic berry easily if they can’t see us constantly and dat leeds to ugly crying and hoos are ugly enough without the crying…. We all know that “That” time of year is coming up again soons where the sky is full on big flashy bang bangs and it smells of funder, Houndies, I can openly admit to being habsolutely terrified, I goes out for a pee at 4pm, den I refuse point blank to gets out of my cave until the next day, dere is no shame in admitting dat you don’ts like the flashly bang bangs, make sure that yoor hoomum is stocked up with the essentials, Tasty snacks, soothing music (my favorite is cheesy 80’s) gin and smelling salts, there are some fab natural calming products on the market especially for “that” time of year. I haves a drink of milk about 6pm then fur some reason, I don’t tends to remember much and I haffs a rreeaallyy gud sleeps until the next day.

As we all know TWC was dropped on his head as a poopie and the nasty flashy bang bangs don’t concern him at all, he just complains as they interfere with the signal to the muvva ship
Anyway my gorgeous ones, I’m off to restock my cave supplies.
Stay safe 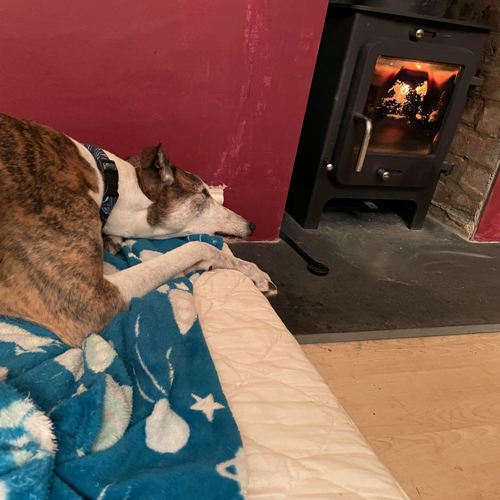 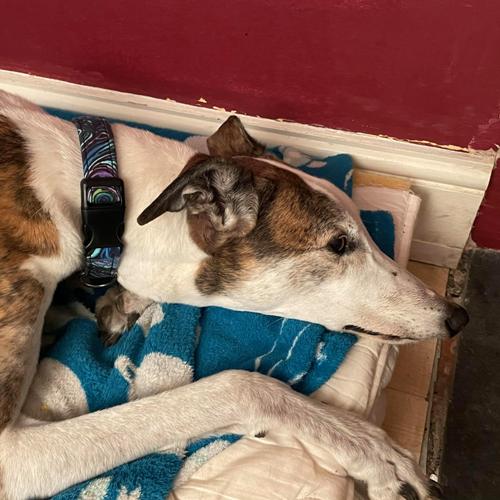