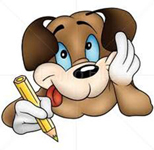 Current Bills under discussion in UK Parliament
Animal Welfare (Sentencing) Bill.
The current law states that any human found guilty of animal cruelty can face up to six months in prison.
The Government is reviewing the proposal to change it so that humans found guilty will face up to five years in prison.
The second reading was heard in the House of Commons on the 23rd October 2020.

It is good that proper penalties are being reviewed, but it will still be a while before the amendment can be passed as new legislation.

What is the difference between Act and a Bill?
An Act is a law that contains any rules of how the law must be carried out and a guideline as to the penalties, both financial and custodial, for breaking the law.

A Bill is a draft Act that is either proposed and about to be reviewed or currently in the process of being reviewed by the Government.

How long does it take for a Bill to become an Act?
This all depends of what the Bill/Act is about. Normally it could take up to three months, but some Bills/Acts can take longer if there a lot of objections or requests for amendments during the review process.

It is quite common for there to be over 100 Bills passing through Parliament each year.

What is the process?
The process of a Bill becoming an Act is quite a lengthy one.

1. First Reading (Commons)
A bill is first mentioned in Parliament
- This makes an official print of the Bill. It now exists as a Bill.

2. Second Reading (Commons)
It is discussed in Parliament and decided if it is a Bill and allowed to proceed.
- discussion and objections can occur during this reading.

3. Committee Stage. (Commons)
The Bill is studied in detail and every line is discussed approved or amended.
- If there has been changes it will be reprinted with all of the amendments.

4. Report Stage. Commons)
This is where the Bill is discussed again after all the changes that occurred in the Committee Stage.

5. Third Reading (Commons)
This is more of a formality to vote on approval of the Bill.
- no amendments are allowed at this stage.

6. First Reading (Lords)
The Bill is first read out in the House of Lords.
- It is printed and proceeds to the next stage.

7. Second Reading (Lords)
It is Discussed in the House of Lords and any areas of concern will be discussed and/or amended.

8. Committee Stage (Lords)
The Bill is studied in detail and every line is discussed and if necessary amended and then voted on.
- If there has been amendments, the Bill is printed

9. Report Stage. (Lords)
The Bill is discussed again after all the amendments.
- Further amendments are allowed at this stage.

10. Third Reading (Lords)
Third reading in the Lords is the chance to concentrate on making sure the law is effective and workable, without loopholes.