Blue was my furbrother and lived with my humans before I went to live with them.
My humans had him from a puppy that fit into their hands to a large 29" sandy coloured smooth coated lurcher.
He had part of one of his eyes bright blue, which is where he got his name from.

Blue suddenly and unexpectedly crossed the bridge on 14th February 2015. 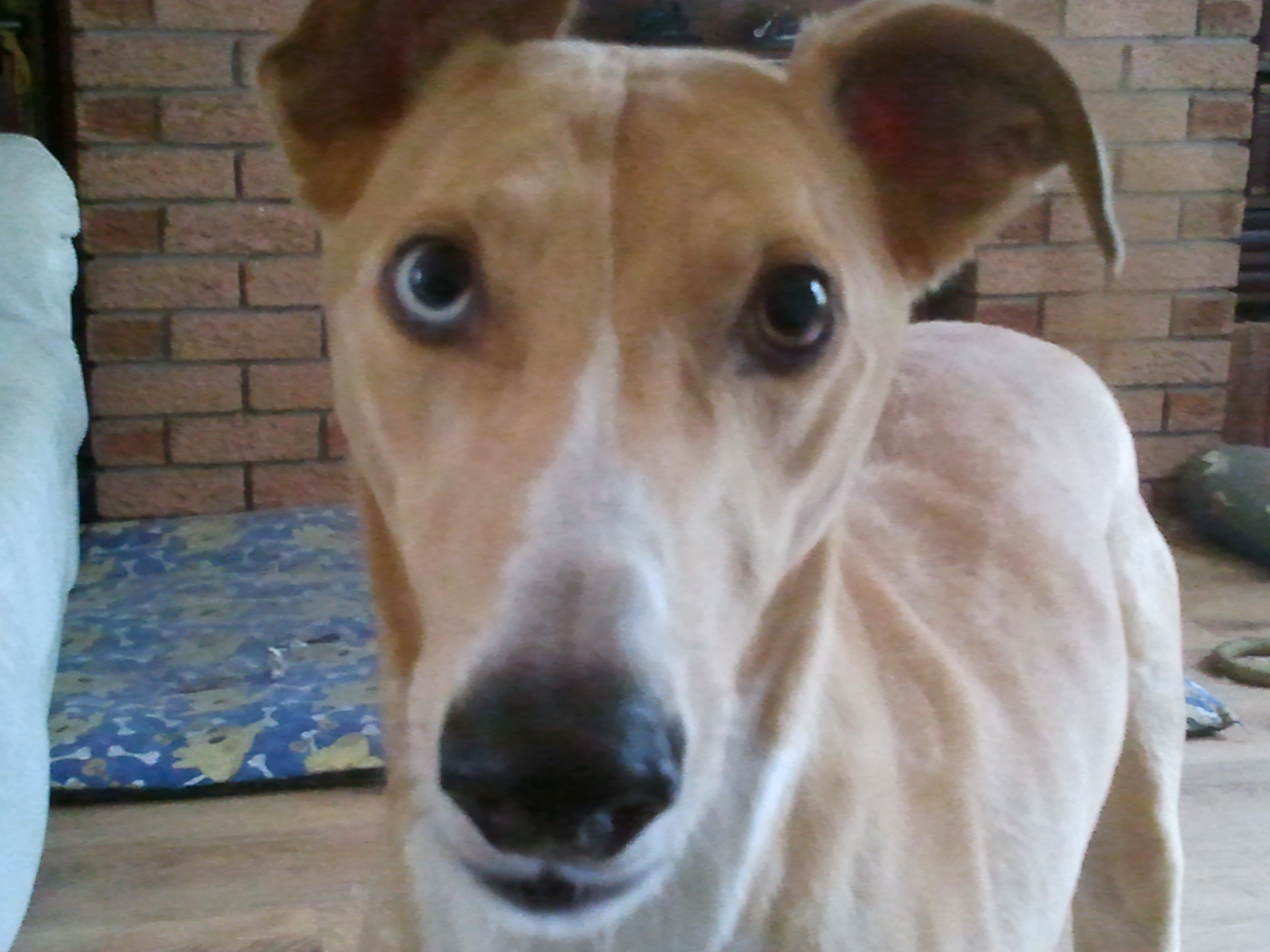