Novak
Tell me a bit about yourself.
My name is Novak and I'm a 20 month-old working line German shepherd.
My favourite thing is my yellow ball. But I also really like presents..

How many siblings do you have, and how long have you had them?
I've got one brother, his name is Kofi and he's 10. He was here when I arrived.
I had another brother but he went to somewhere called the bridge last week. He hasn't come back yet.

Do you work? If so, what do you do?
I've got several jobs! My main job is as a secret agent. I go on missions and do lots of spy training.
I can't really reveal any more than that as a matter of national security.
My other job is being a demo dog for mummy at her classes. I demonstrate with Mummy so the little puppies know what to do.
And then my weekend job is training in a sport called IGP. I have to do tracking, obedience and protection. I get to bite the badman in protection and that's definitely my favourite thing!

If you could choose your name what would it be?
I was going to be called Jedi but mummy changed it to Novak at the last minute and I'm pleased because I like my name.
My full name is Agent Novak Super Spy and I don't think I'd want to change it because then nobody would know who I am.

What is your favourite food?
liver cake and tripe.

What is your favourite way to entertain yourself (annoy your humans)?
I love playing tug!! And if there are any humans near me I'm constantly seeing if they want to play tug with me by pushing my ball at their hand.
I'm sure that's not at all annoying and they love it as much as I do though.

What is your greatest accomplishment?
In November this year I passed my BH which is the first qualification for my sport.
I had to do loads of things listening to Mummy for ages!

What is your next goal in life?
I want to pass the next qualification and then I will have letters after my name!
I would also like to be involved in a mission involving the queen but that is all top secret and I can't talk about it .

If you could be/do anything for a day, what would it be?
I would like to be invisible for the day! Boy that would really help my spy training.

Finally and most importantly...What was your human’s most embarrassing moment?
We were having a professional photo shoot.
The photographer told Mummy to throw my ball and then hold me until he said to let go.
But mummy couldn't hold me. She fell over and the photographer turned around and captured it. 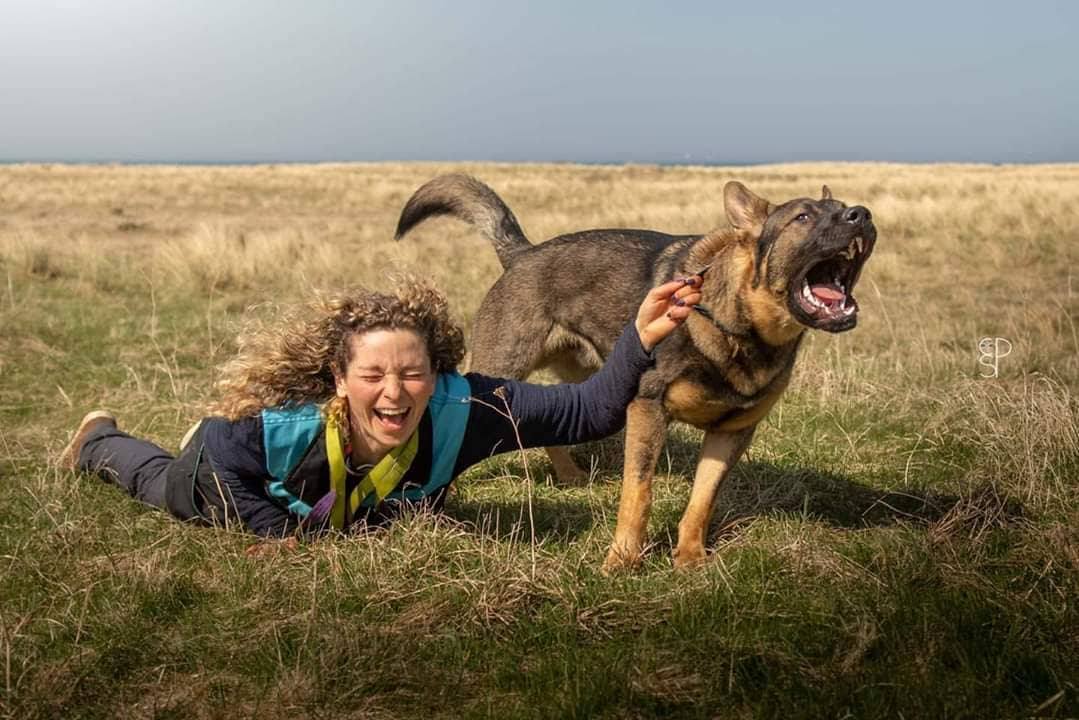